COMMISSIONERS ATTEMPTED TO SNEAK-A-TAX ON YOUR PROPERTY, AGAIN

All three Commissioners were present, Keith Heck, Cherryl Walker and Simon Hare, as were roughly 100 or so concerned citizens, most were there to present their case in opposition to Ordinance 2015-004. No one spoke in support.

“Approval of Resolution 2015-004; In the Matter of Submitting to Josephine County Voters at the May 19, 2015 Special Election, an Ordinance Regulating Marijuana and Marijuana Products.”

BadCounty.com owner/editor, Dale Matthews, concerns were addressed directed mostly at Cherryl Walker, who was totally incapable of dodging Matthews comments. She appeared to turn quite pale at one point, while Keith Heck couldn’t even recite the correct proposal throughout the meeting continually referring to 20014-0004 instead of the correct Ordinance 2015-0004.

According to Matthews, Cherryl has previously stated on the record that no big business will come to Josephine County due to Mathew’s BadCounty.com website where “we keep track of what our county government is up to” showing all video taped commissioners meetings, while on the other hand Commissioner Walker has stated publicly that BadCounty.com website “doesn’t exist.” Which is it Cherryl?

Each speaker was only allowed a mere three minutes to present their case hitting every conceivable argument in opposition of proposal 2015-004. There was not one argument in favor of the matter.

Jo-Co attorney Wally Hicks made it clear this was make or break day, it goes before the people today, and if it doesn’t pass that’s it. 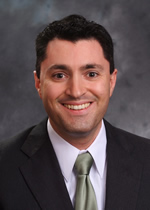 The Board of Commissioners (BCC) continually fidgeted attempting to “change one or two words here or there” to make this go through, according to Heck, but no matter how Josephine County Commissioners tried all eyes and ears in the room were ready to fire off more proverbial arrows in their direction at the slightest deception.

Former Jo-Co County Commissioner Sandi Cassanelli argued against the Marijuana Ordinance “because of the Draconian authority it gives to County Officials.” She goes on to say “To get a permit a person must sign a waiver granting the Oregon Health Authority to give the county any and all information it may request. Another waiver authorizes the Sheriff, his deputies, the Planning Department, the Tax Collector and her employees or agents, to enter the premises of an applicant for site inspections.”

Additionally, this hidden agenda which was not disclosed by the county Commissioners but was provided by Cassenelli’s presentation and documentation also included;

“An applicant must keep records at the premises that shall be available for inspection by County authorities at any time.”

“Failure to maintain these records are subject to a $1,000 penalty; and a $1,000 per day penalty can be imposed for each day the records are not made available for inspection.”

“Failure to file quarterly reports to the County is a separate violation and has a $1,000 penalty per each day the reports are late.”

“Failure to pay the tax required is yet another separate violation and has $1,000 penalty for each day the tax is delinquent.”

“Then if these taxes and penalties are not paid, the County can then place a lien on the subject property.”

These proposed demands are excessive and extortionate in their very nature. All agencies listed above stood to gain financially and share proceeds gained through actions of questionable legality. Constitutionality issues were addressed respectively.

One individual further argued that Josephine County Oregon was trying to grandfather in a tax but could not do since Initiative 91 won’t be lawful until July and Josephine County can’t collect taxes on unlawful activities.

Another argued that if he’s not home when the Sheriff comes snooping around “are they just going to shoot my dog?”

Anyone watching YouTube.com these days is fully aware that approximately every 90 minutes an officer is shooting someone’s dog for numerous excuses, even including having received alleged anonymous tips and arriving at the wrong addresses shooting the owners dogs anyway.

Others in opposition to Josephine County’s hidden agenda stated that should the county attempt to over regulate at the county level an issue the state is regulating, they will force any possibility of “Cannibusiness” back underground making no revenues at all and have to deal with the State.

One issue that was not addressed is the “Asset Forfeiture Laws.” Even though Eric Holder, who has never lied and whom we all trust implicitly, stated these proceeds are no longer to be shared at the federal level.

What Holder, did not state, on the other hand, that it is still local business as usual and keep up the good ole boys fast and furious asset forfeiture thievery already budgeted years in advance.

It’s not that the local Sheriff might inadvertently accidentally invade the wrong address, allegedly receive “a phone tip,” or go “shopping,” as they say, for a shiny new car on their “wish list” using Ordinance 2015-004 at the wrong address, where now the homeowner has to prove their innocence, after the fact, while their worldly possessions are inventoried and divvied out at the the union halls for the Sheriff, Tax Collector, Planning Department, and all the other team players mentioned above, but not limited to.

So, as the domino’s fall, next the proposed lien is applied against the homeowner, they get foreclosed on, and begin the court battle where the attorneys steal what’s left in their pocket. The judge hearing the trumped up case gets his share as do all the court officers and everybody’s richer, except the innocent individual whose every imaginable right was violated scarring them for life and now homeless unable to pay any proceeds into the County’s CAFR (See Walter Burien’s CAFR1.com) and P.E.R.’s accounts.

These Asset Forfeiture suspicions were confirmed when INFOWARS.COM released an article January 30, 2015 “Meet Loretta Lynch – Obama’s Attorney General Nominee Who Might be Even Worse than Eric Holder”

The author of that article writes;

As a prosecutor Ms. Lynch has also been aggressive in pursuing civil asset forfeiture, which has become a form of policing for profit. She recently announced that her office had collected more than $904 million in criminal and civil actions in fiscal 2013, according to the Brooklyn Daily Eagle. Liberals and conservatives have begun to question forfeiture as an abuse of due process that can punish the innocent.

Naturally, that was just the tip of the iceberg. What we have learned from her ongoing confirmation hearing is that she’s a lover of NSA spying and the death penalty, while disagreeing with the statement that “marijuana is no more harmful than alcohol.”

The Board of Commissioners hidden agenda is now exposed that Initiative

2015-004 is a duplicate of of Josephine County’s Code Enforcement 17.53, 17.54, 17.55 & 17.56 parroting fines, taxation and liens applied for unsightly properties, under the nuisance ordinances which nearly got Cherryl Walker recalled while attempting to exercise the exact same police state activities undisclosed in this sister proposal;

It appears Josephine County will stop at nothing to create revenue out of thin air, repeatedly referring to Public Safety Laws, which of course, is the sheriff, police and fire. But again, what is NOT disclosed is that 40% of all revenue running through the court system, where all this would have eventually ended up should it have passed, should be put BACK into the county.

GRANTS PASS, CITY OF, traded on Dun and Bradstreet as a private company:

Pay close attention to the last entry above, “GRANTS PASS HOLDING COMPANY” “SALEM OR” that would be the Capital building.

Now, the county states they need revenues and they’re broke but they have a holding Company in Salem? What are they holding? All your hard earned taxed income in their for profit U.C.C. entities whose proceeds are not coming back into the county but going into their PUBLIC EMPLOYEES RETIRMENT SYSTEM (P.E.R.S.) accounts that Fred Starkey is far more capable than this reporter to explain in detail. See Fred’s artricle, “Why Josephine County is Broke.”

We won’t even get into the CUSIP © or CRIS accounts yet, that will be another article, but will further show where all the money went and how it got there and who put it there. CAFR shows how much is there.

Jo-Co Commissioners are concerned about collecting revenue for this Marijuana initiative but all individuals present at the meeting were making it clear this is not going to happen.

What was clear, however, the Planning Department, Tax Collector, Sheriff Dept, Health Dept all had their hands out ready to take their share of Civil Asset Forfeiture gains as a collective unit,which the Explanatory Statement for the Voter’s Pamphlet inadvertently does not reveal.

It only took 80,000 people during Prohibition to turn that around allowing alcohol, depriving Al Capone and their Lynch mob of a gangster ran private business. Before that there were “Speak Easy’s.” Clearly, the people choose not to speak easy anymore.

Marijuana is an organic, non GMO, quick growing medicinal plant, providing many with freedom from pain and addictive pharmaceutical medications which are not being taxed, so why is marijuana being selectively singled out, there will be lawsuits on that matter, as others argued today.

Robin Hood and his band of archers came out of the forest today and fired upon Josephine County Commissioners Initiative with precise accuracy shooting yet another deceptive proposal right between the eyes.

Even Commissioner Simon Hare, stated that his opinion was turned by the arguments presented from the public today.

What occurred at Josephine County Commissioners meeting today shows that the people can stand up and be heard, even the Channel 10 News was there to report this historical moment.

Jim Moore from the Daily Courier wrote an article “County Rejects Pot tax Idea.” The article touched lightly on the presentations and included the following;

“The measure prohibits cities and counties from taxing marijuana and places regulatory control under the Oregon Liquor Control Commission. The state is allowed to tax marijuana under the terms of Measure 91, and all revenue would flow into a special fund with a variety of designated uses. Ten percent of that fund is earmarked for law enforcement and would be distributed throughout the state based on population.

Prior to the vote, county Legal Counsel Wally Hicks told the board he had concerns about various aspects of the proposed ordinance. He also wasn’t certain the county’s ordinance would stand up against a legal challenge considering the language of Measure 91.”

Anyone can see by the above insert, written By Jim Moore of the Daily Courier, the conflicts which have surely immediately ensued should Josephine County’s proposal have been hurriedly pushed through without ample consideration.

An initial 10% tax was proposed by Josephine County but there were no provisions to lock that in indefinitely. Concerns were addressed that would soon increase without notification or through any proper channels as well.

The Courier goes on, “The Oregon Legislature has formed a bipartisan committee that includes Rep. Carl Wilson, R-Grants Pass, to determine how to implement Measure 91. Counties and cities are expected to lobby state lawmakers to provide more local revenue from what Salem collects.”

“County Commissioner Simon Hare told the audience he intends to make his presence known in Salem to make sure lawmakers are aware of Josephine County’s perspective”:

“Counties and cities are expected to lobby state lawmakers to provide more local revenue from what Salem collects.”

It can easily be ascertained by the above quote that Josephine County is not through doing every conceivable maneuver to get that proposed tax money one way or another.

Once again, recreational marijuana comes to light but at this rate will go back under ground and what could be lucrative green money for all will stay black money for a few, and all will suffer, particularly those for whom marijuana’s much needed medicinal values are showing healthy improvements.